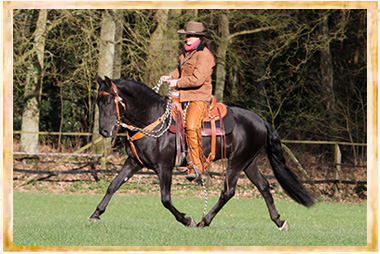 Since more than 30 years has Tessa been a passionate rider, who feels home in the iberian dressage as much as in the western disciplines. Several times a year Tessa practiced working equitation with Bruno Rodrigues da Silva, the multiple Team World Champion from Lisbon, as well as classical dressage with Desmond O´Brien. Tessa is CEO of Hof Hagenort Ranch, her local saddle & tack shop and director of all clinics taking place at Hof Hagenort. 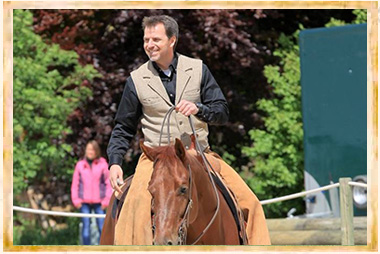 H. P. had his first training with Jakob Thoma, the later national NRHA champion of 2004. Not long after his first year of training, H. P. had the chance to spent three years almost continuously in southern California where he spent every spare hour at ranches, learning, listening and practicing.

His studies continued when he spent several winter seasons with his own horses in the heartland of iberian horsemanship, Andalucia. Training in the spanish Doma Vaquera started a fascination of a practical application for the art of Classical European Dressage.

To extend his skills H.P. started working with first class cutting trainers in the USA, as well as with the multiple team world champion of Working Equitation, Bruno Rodrigues da Silva from Lisbon, Portugal. His training under the long time rider of the Spanish Riding School in Vienna, Desmond O´Brien, completes H.P.´s view of Classical European Dressage. 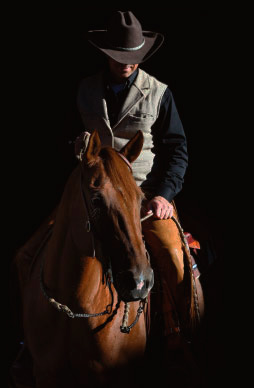